“I could take out of my life everything except my experiences at
St Andrews and I would still have a rich, full life” - Bobby Jones Jr. 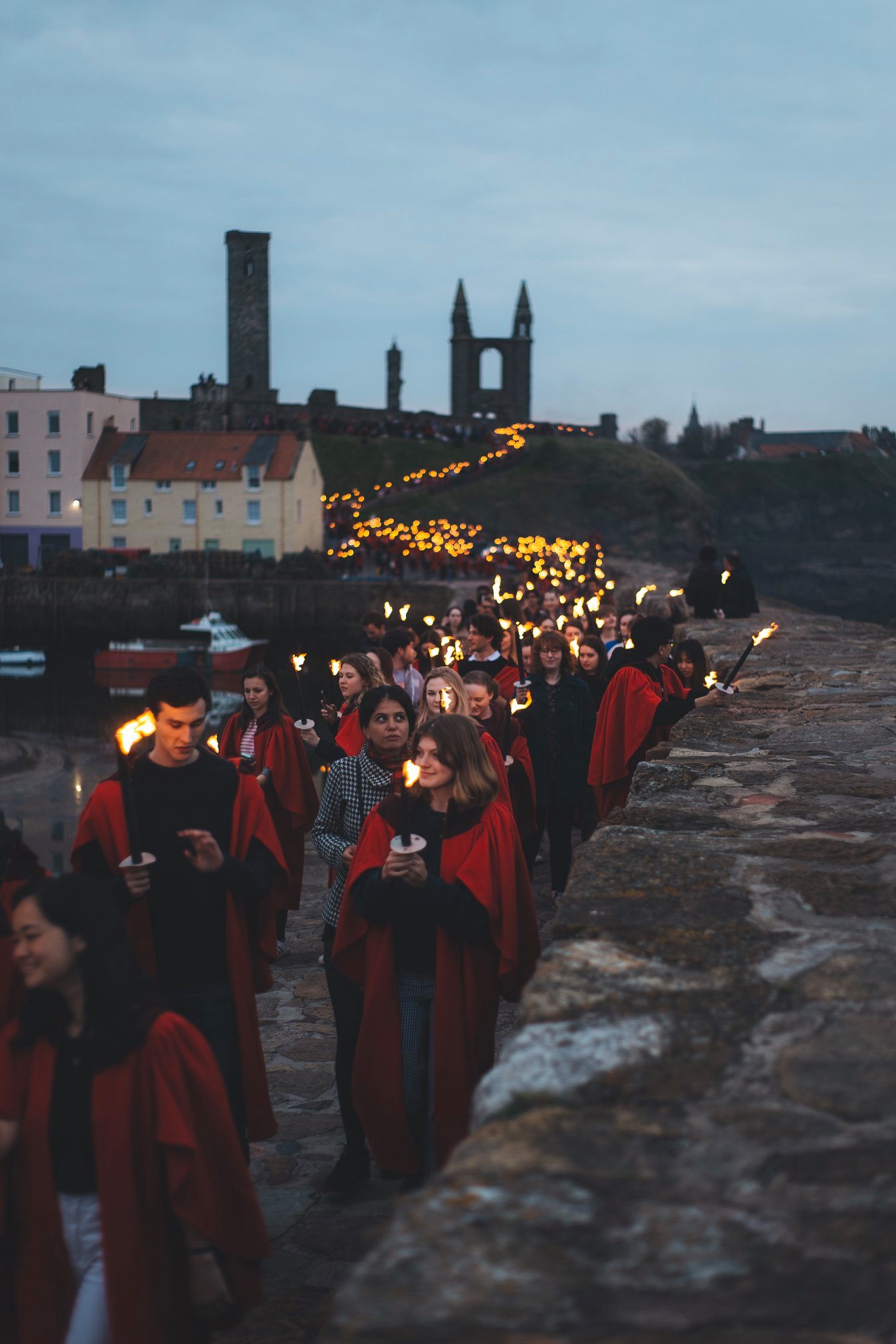 The Kate Kennedy Club hosts the Gaudie every year on the 30th of April. The event is in memory of John Honey, a former student at St Andrews. On the 3rd of January 1800, the Janet of MacDuff ran aground just off East Sands. In the absence of a lifeboat, Honey tied a rope around his torso and swam out to the ship, creating a lifeline for the crew. Still, many men stranded were too exhausted to pull themselves to shore. As a result, Honey swam back and forth to the ship bringing men safely to the beach. During the Gaudie, students now walk down the pier, bearing flaming torches provided by the Club, and place a wreath at the end to commemorate Honey's courage. 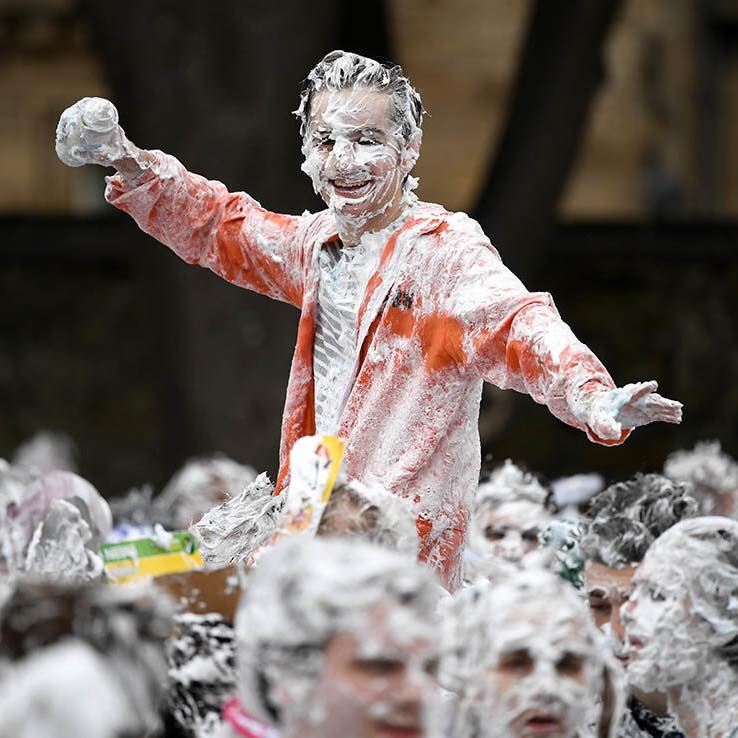 When the University threatened to end the popular Raisin Foam Fight, The Club stepped in to preserve the tradition by offering to clean up the remnants each year. The clean-up operation now extends beyond just the Club but we still assist by providing drinks and towels to the students as they leave the event. The Club similarly gathers to clean East Sands prior to May Dip to ensure that students can run into the sea and absolve themselves of their academic sins safely. 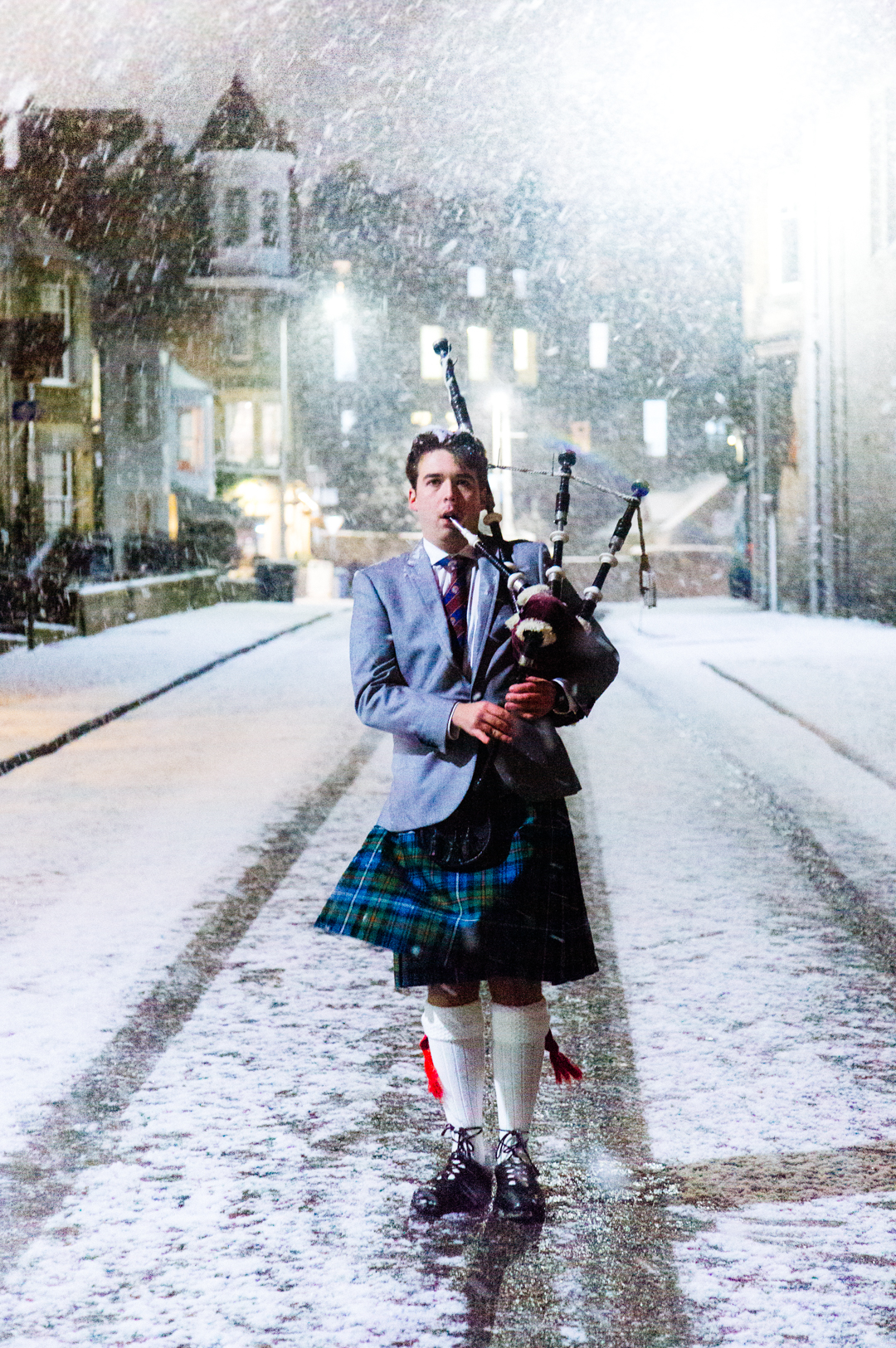 The Club funds an annual music scholarship to pay for a year's worth of lessons for a student in St Andrews. At the end of the year, The Club then attends the Kate Kennedy Music Scholar's performance to offer our support and witness first hand the impact our donation has. We also make an additional donation to Hebdomadar's Music Fund which supports deserving students in financial need.